A People’s Dialogue: Political Settlements in Uganda & The Quest for a National Conference 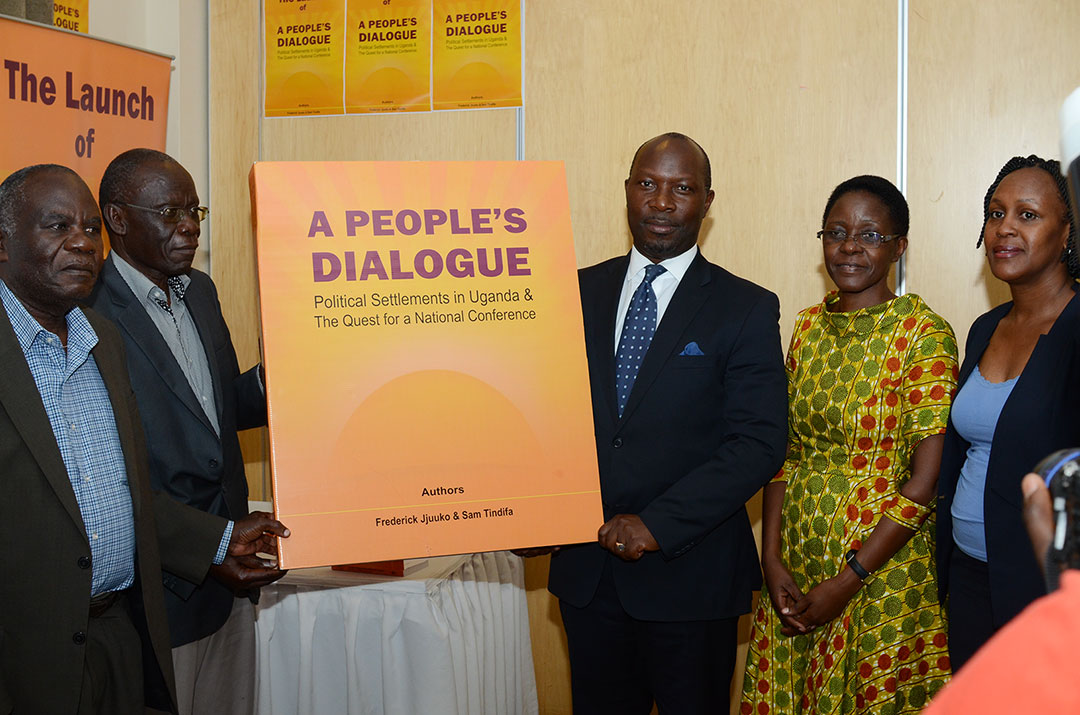 This outstanding book was launched on 15th August, 2018 in Kampala. The publication, an output of an earlier study, documents an analysis of various political settlements in Uganda from the pre-colonial era in 1890 to 2007, a views of a cross section of Ugandans on the necessity, desirability of national dialogue in Uganda and the practical steps to achieve it.

Since the various settlements do not seem to have led to sustainable democratic governance, a meaningful political settlement involving a national dialogue – one involving citizens groups using a bottom-up approach- remains the only meaningful option.  The publication is abound with lessons the rest of the region can draw on.

Hon. Apollo Makubuya a renowned academic, researcher and lecturer at the School of Law, Makerere University officiated at the event. Government spokesperson and Executive Director, Uganda Media Centre, Mr Ofwono Opondo and Mr Kalundi Serumaga, a columnist with the New African Magazine provided a range of perspectives as discussants.

To get a copy of "A People’s Dialogue: Political Settlements in Uganda & The Quest for a National Conference", get in touch with us today.