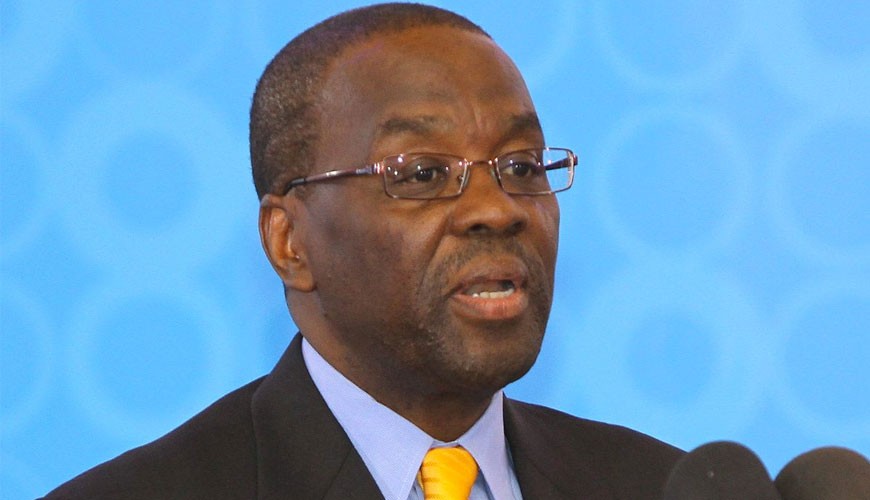 I wish to take this opportunity to thank Kituo cha Katiba for inviting me to open this important convening. I would also like to congratulate Kituo on the work it is doing in the region. It is my hope that this study will be of some positive impact on democracy, governance, our thinking freedom and emancipation not only in Uganda but the East African region as a whole. And, indeed, the continent of Africa, the global South and North.

The project whose findings are about to be presented to you today seeks to contribute towards the ongoing debates on Uganda’s governance and democratization. This is done by providing critical background information to inform future initiatives towards forging a new political settlement for the country.

Specifically, the objectives of the study were to:

Provide a neutral and non-partisan forum that is national for key stakeholders in Uganda to discuss and validate the findings and make proposals on the future of the country’s governance. In doing so the study has sought to create a niche for national interest dialogue that initiates alternatives to dialogues and narratives that seem to distract the core issues of democracy and governance in Uganda.

The study has, therefore, focused on two components: political settlements and national dialogue. In their own way, political agreements or settlements in Uganda tell Uganda’s checkered and continuing journey to nationhood. And this journey is marked by various fragile elite achievements: limited and temporary mutual accommodation; a modicum of national consensus but also the pitfalls of betrayal, unfulfilled promises, and disappointed expectations;- and quite often achievement ensuing in armed hostilities.

Many of the agreements come in the aftermath of armed conflict resonating with the rather violent history of Uganda. Indeed many of these agreements bear evidence of imposition, and subterfuge on the part of one or both parties to the agreement. This was typical of colonial agreements. The same settlements also feature on the one hand the exclusion of the people and on the other significant foreign interests and interference. This is as true of colonial settlements as of the agreements designed to address the post colonial crisis. Furthermore, none of these agreements would reflect national consensus that is forged out of robust participation by the people of Uganda.

Evidently, any positive attributes in these political settlements have always been limited, conditional, and as Uganda’s history amply demonstrates, easily reversible. Notwithstanding the many political settlements mentioned in the study, the problem of Uganda’s democracy and nationhood has not been resolved. These characteristics of political settlements in Uganda are shared by other African states in general and states in the East African region in particular. The differences are not in kind but only in degree.

In spite of political settlements, the crisis of democracy and of the post colonial state is deepening. This is evidenced by the following factors: violent and disputed elections; civil war within and on the peripheries of our region; calls for secession as is the case of Uganda, Kenya and Zanzibar; the creation of the new nation of South Sudan out of the bigger Sudan; near anarchy in our neighborhood in the Democratic Republic of Congo (DRC) and Somalia; violent suppression of the opposition in many of the countries and the economic marginalization of significant sections of the population are clear indications of this crisis. Hence the emergence of concepts of “failed”, “failing”“quasi-failed”or“ fragile states” and the accompanying tools of measuring levels of state fragility today.

These problems remain and yearn for our collective genius to resolve them.The struggles for freedom, emancipation, democracy, end of exploitation, domination, oppression, both internally and externally continue unabated.These struggles are fundamentally about equitable distribution of resources among people.

Since the end of the cold war in the late 1980s, there was a spate of national conferences and constitution making processes within Africa- in what was described as democratization of the continent. In spite of these conferences and new constitutions, the crisis of democracy and nationhood remain. It becomes important to examine the nature and character of these national conferences and why they failed to correct whatever deficiencies there may be in such engagements. Equally important to note is that while constitutions and the institutions and procedures they create are necessary conditions for democracy, and in the struggle for nationhood, they are not,on their own, a sufficient condition for the achievement of those goals. The achievement of these goals is a major struggle between the forces of the status quo and those of progress.

My experience as a political activist who fought for a progressive and transformative constitution—and later as Chief Justice and the President of the apex court mandated to implement it— is that constitutions, and what it creates to reflect its vision, cannot by itself bring about sustainable national consensus and democracy. We need to historicize, problematize, interrogate, and critique constitutions by conducting robust class analysis of their creation and implementation. Sure enough constitutions are part of the superstructure and do reflect the unity of opposites: progression and regression. The ultimate result of struggles of implementing a constitution is fundamentally political. This is what determines whether there will be progress or regression.

This is what is happening in Kenya now. The great hallmarks in the Constitution that can establish strong foundation for our nationhood, democracy, equity, and satisfy our people’s material needs are under attack—with robust resistance in tow. It is clear to me that only an alternative patriotic leadership can achieve some of these hallmarks for the promise of democracy in Kenya. The intra-elite gymnastics, politics of division and polarization, is a great distraction from our thinking freedom, emancipation, a just, equitable, and prosperous nation. These intra-elite conflicts have since independence created a political narrative that there are no alternative political narratives outside the elite. And, to a great extent public intellectuals have breathed life into these unpatriotic political narratives.

It took a baronial handshake and plastic smiles by two politicians “to bring about stability and peace” and rescue Kenya from the political precipice! I find it unacceptable that barons should decide when our people should have either peace and stability or war and destruction. And, both alternatives are dependent on their political interests. They successfully do this through politics of division and polarization, and being unpatriotic agents of the imperialism of the West and East. Our elite are unable to identify with any of our national interests.

We, therefore, must rethink national settlements and dialogues. We need rethink politics of freedom and emancipation, politics of the material interests of the people. What amounts to people’s participation must be interrogated. Invariably the people’s rights are manipulated and captured by elites.

We should discard the elite notion that our people cannot effectively participate in the affairs of the nation. Let the people come up with their own organizations and leaderships to state their material interests without let or hinderance. Only an authentic and democratic dialogue can reach a national consensus based on the diverse interests.

Reconstructing the crumbling state requires inclusiveness and participatory political engagement of all the people. Many of the previous engagements have been based on the ‘dominant ruler’ forms of political settlements, without inclusive participation of the public in addressing the political, economic and social challenges. Participation should not simply be an idea in the law but there must be mechanisms for a bottom up involvement of people. We have to think and be prepared for an engagement which should embed bargaining, negotiation and compromises between and among all stakeholders. This requires redefining the political and economic structures and the ideological framework.

How people should be mobilized and organized is a question I leave to you for discussion. This gathering should define the mechanisms for a bottom up involvement of people.

As you embark on analyzing and discussing this report, you need to appreciate that this is a very relevant discussion not only for Uganda but an issue for all other people within our region and the world at large.

And finally let me tell you a story that is relevant to this discussion of intra-elite settlements and national dialogues. Over four decades ago in the University of Dar es Salaam a very radical student from Uganda wrote on a black board: “All the great leaders of the people are dead. Marx, Engels, Lenin, Nkrumah, Mondelane,

Lumumba, and many others. I have not myself been feeling too well.” That student has now been your leader for over 32 years and has been feeling so very well he is now your life president. Thinking that such a leader will accommodate the views of the people, who he thinks is their great leader, is problematic. I am sure he is not alone in thinking this way. There are others in East Africa, Africa, Global South and North. It is a major feature of our comprador bourgeoisie all over African Global South and their masters in the West and East.

Authentic national dialogues and settlements will definitely have to take place, but let us not get in the intra-elite distractions. Let design an agenda that will be meaningful and patriotic to other countries.

I am sure this what this workshop is going to discuss. Let us rethink these settlements and dialogues. It is a discussion we in Kenya will follow closely. I believe just as our leaders have their East African Community the people should have a dominant say in what creations the East African elite come up with. And we must begin by being clear who the people in East Africa are and how their material interests will become dominant in their affairs.

I thank you and wish to fruitful discussions.